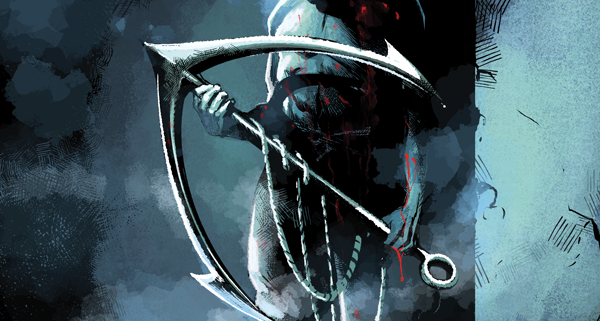 After his mesmerizing prediction comes to pass, Tad is embraced as a holy messenger and invited into Christopher Columbus’ inner circle to help guide the expedition to the New World.

In 2112, the fate of the future hangs in the balance. Sosh and Yellow Kid’s plan is interrupted by a hauntingly familiar face, and Emily threatens to weaponize the time-travel cave when her post comes under attack by a roving crew out for blood.

Edmund White’s A Boy’s Own Story: The Graphic Novel

A landmark American novel, hailed by the New York Times as J.D. Salinger crossed with Oscar Wilde, is masterfully reimagined as a timeless graphic novel.

A Boy’s Own Story is a now-classic coming-of-age story, but with a twist: The young protagonist is growing up gay during one of the most oppressive periods in American history. Set in the time and place of author Edmund White’s adolescence, the Midwest of the 1950s, the novel became an immediate best seller and, for many readers, was not merely about gay identity but the pain of being a child in a fractured family while looking for love in an anything but stable world.

When strange malfunctions begin plaguing the U.S.S. Theseus mid-warp, Benjamin Sisko and his crew must band together to unveil the source behind the mysterious phenomena aboard the ship.

But what initially appear as mere technological quagmires and strange happenings become a test that will determine the very fate of the universe. Have you beamed up to IDW’s brand-new, flagship Star Trek ongoing series yet?