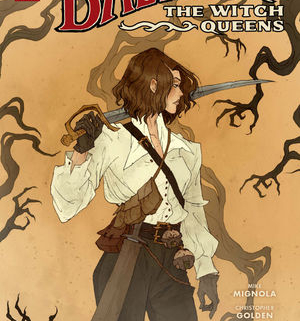 Mike Mignola, the legendary creator of Hellboy and New York Times bestselling novelist Christopher Golden reunite for an all-new series! Her name was Sofia Valk. Once she lived in an Estonian village, before the evil came. But when Europe erupted with the early battles of World War II, it was time for Sofia Valk to embrace her destiny as Lady Baltimore.