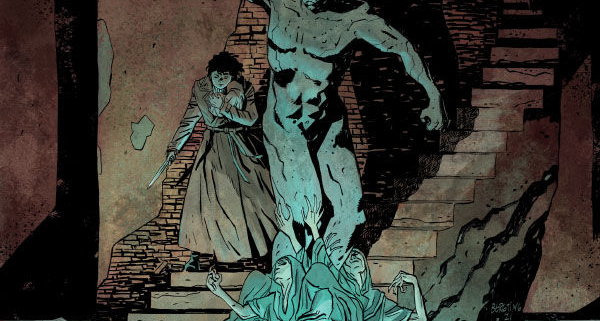 Mike Mignola and Christopher Golden present another tale from the Outerverse! After being awakened from his long sleep in a shrine in Eastern Europe, Josef the Golem aids in the fight against the witches that once again terrorize humanity. Deployed to a small village where a cult has taken root, Josef encounters not only witches but an old enemy who remembers him well . . . and is out for vengeance!