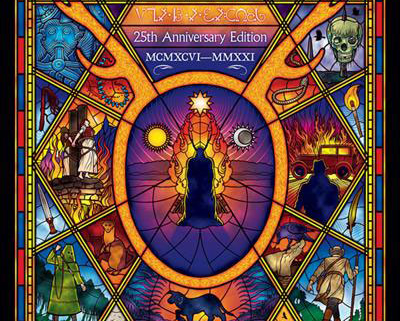 In a story full of lust, madness, and ecstasy, we meet twelve distinctive characters that lived in the same region of central England over the span of six thousand years. Their narratives are woven together in patterns of recurring events, strange traditions, and uncanny visions.

Throughout, the image of the fire resonates between the tales, while Moore finds a different voice for each character – though most are inherently duplicitous in some manner, leading to a further commentary on the disparity between myth and reality, and which is more likely to endure over time.

Red Panda and Moon Bear (Book 2): The Curse of the Evil Eye

Star Trek: Discovery—Adventures in the 32nd Century #1
Scroll to top