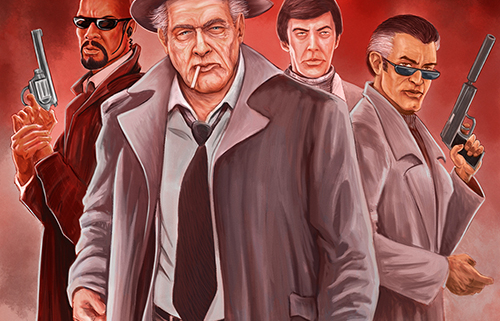 In Airboy #4 from 1943, Airboy escaped death at the hands of a German spy who was also a Hollywood producer. What Airboy didn’t know is the producer had already given secret plans to his Nazi contact.

Senorita Scorpion tracks down horse-rustlers near her beloved Big Bend. Will Senorita end up roped and branded herself? Or will she teach these scoundrels to let wild horses roam free?