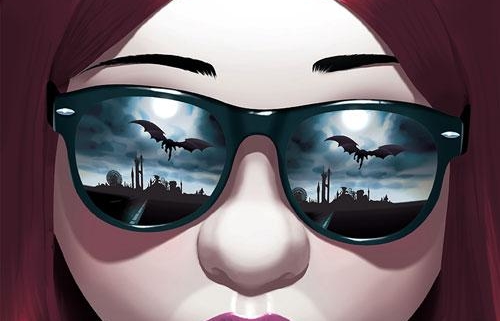 BOB MARLEY IN COMICS
By Gaet’s and Sophie Blitman

marley cover.jpg
In the middle of a depressing youth in a ghetto of Kingston, Jamaica, Robert Nesta Marley sees only one way out: music. And that music will be what Jamaica made of rock and pop locally that had hardly been heard anywhere else: reggae! It is Marley who brings the unmistakable beat of reggae to the entire world. From small stages in Jamaica, his partners of the Wailers accompany him all the way to the most fabulous world tours and adulation.

Beyond a rocketing musical career, the most famous rasta wants to shake things up and proclaim all over his humanitarian and egalitarian values.

The next volume in the sellout series featuring the Beatles and the Rolling Stones.

They don’t just hire anyone, at Zombillenium: mere mortals need not apply, the park works only with genuine werewolves, vampires and zombies. This is what Aurelian gets to discover as, burnt out, deceived by his wife, he ends up hired in spite of himself in this strange business. Gretchen, a plucky trainee witch, helps him get around…

lincolnhighway.jpg
“I hate marathons. Hate running. An hour before leaving, I received a text. Instead of ‘Good luck,’ it was ‘We’re finished.’ So, I went to a bar next to the subway on 95th. Had a few bourbons with some other mope. Then I got on a bike. I took off down the old Highway 750, the Lincoln Highway.”

Forget Route 66. This is the original cross-country highway that takes you through REAL America, the first to cross all of the US from the Big Apple to the City on the Bay. This is THE road trip. On a bike.