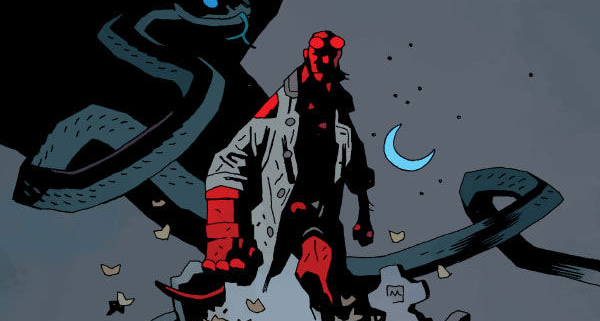 Hellboy creator Mike Mignola is joined by artist Gabriel Hernández Walta to bring readers a terrifying new one-shot in the home of the infamous Whittier family!

LIEBESTRASSE
During the final years of the Weimar Republic, Sam meets Philip in Berlin and they fall in love. Their romance is hit with an unspeakable reality as the Nazis come to power and fascism makes them a target. Debut writer Greg Lockard in collaboration with artist Tim Fish bring you the latest hit from ComiXology Originals.

PEARL III #2
Another blistering chapter in the saga of Pearl Tanaka. This young tattoo artist is still coming to terms with the fact that her family has always been the most hardcore yakuza clan, when her tattoo shop is destroyed and her friends are targeted for assassination by rival clans. By Brian Michael Bendis, fully painted by Michael Gaydos, and with a variant cover by Jill Thompson.

THE LONESOME HUNTERS #1
A new fantasy series written and drawn by Tyler Crook! An old and out-of-practice monster hunter in hiding crosses paths with a young girl that forces him to confront these chaotic creatures. As the beasts invade their tenement, they set off on a supernatural road trip to stop these ancient evils in a story that explores the ways that youth informs adulthood and how early traumas can haunt us in old age.

SNOW ANGELS VOLUME 2
The continuation of the hit series by Jeff Lemire and Jock! Milli and Mae don’t really know how their people came to live in the Trench. No one does, not even their wise and gentle Father. On Milliken’s twelfth birthday, their father takes the two girls on an overnight skate down the trench–a coming-of-age ritual to teach them how to fish the frozen river, how to hunt the wild Trenchdogs that wander its frigid banks, and how to give proper thanks to their frozen Gods–The Colden Ones.

THE SHAOLIN COWBOY: CRUEL TO BE KIN #2
Geof Darrow’s action-packed kung-fu epic continues! The Shaolin Cowboy finds out if Colts and kung fu will guarantee him herd immunity when a flock of new enemies are trying to put him and his newborn charge on the endangered species list!!!!!